But unless you’re very passionate about music, you’re probably unaware of surround sound effects on music.

You shouldn’t use surround sound for listening to music because music tracks are usually recorded in stereo. Although surround sound makes your audio louder, it can result in distortions. While surround systems have more speakers, that doesn’t necessarily translate to better quality.

If you’re curious about surround sound and how it affects music quality, read the rest of this article.

I’m going to delve into the sound quality world with more scrutiny. 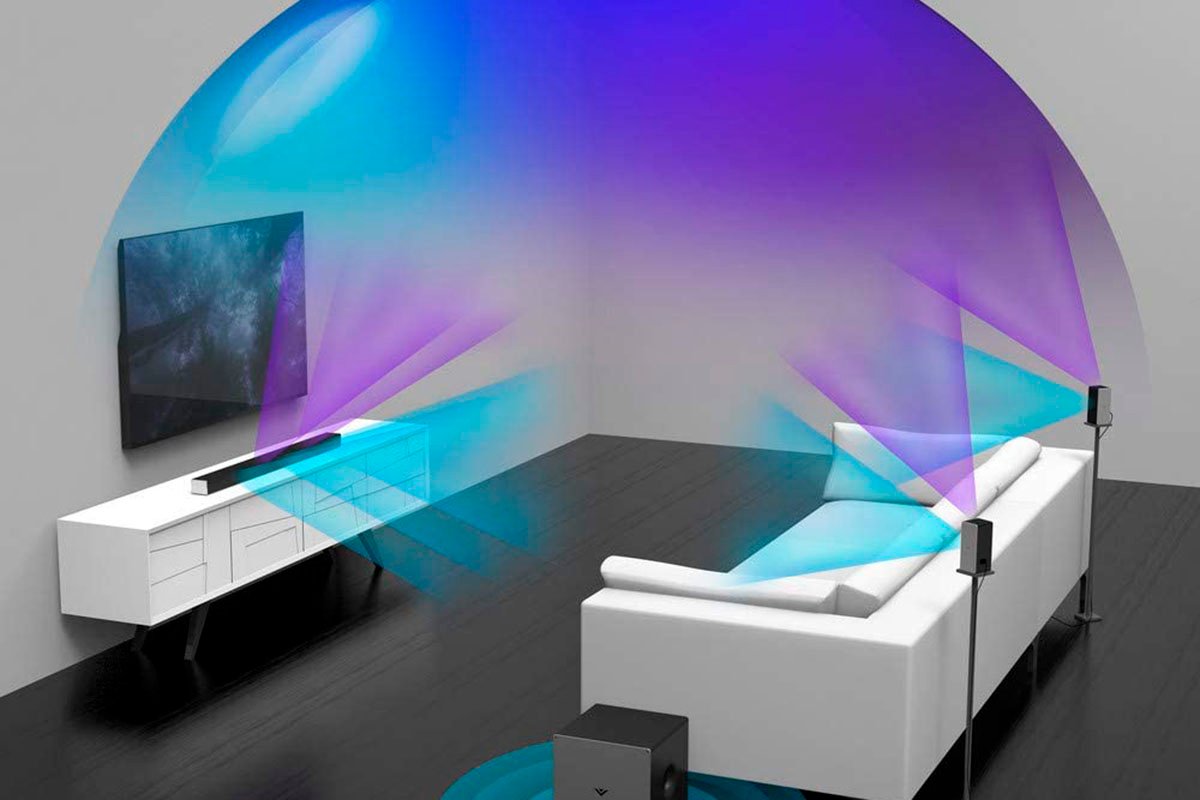 Let’s first talk about the differences between stereo and surround sound systems so that you can understand why surround sound isn’t the best option for listening to music.

The major difference between stereo and surround sound systems is the number of speakers they use. Stereo systems only use two speakers: one on the left and another on the right.

This is why they’re also sometimes called two-channel output.

You can connect stereo speakers to mixers that let the system alternate between the left and right speakers, creating a more dynamic sound effect.

The perceived position of the sound source can be adjusted between the left and right speakers, depending on their blend.

Stereo systems may also come with subwoofers, either included or external. Separate subwoofers are typically meant for PC speakers and are therefore relatively small.

These systems are generally cheaper than surround sound systems.

However, your consideration shouldn’t be the price – it should be the quality of the speakers.

Surround sound systems have at least three speakers: center, left, and right, which means they’re multi-channel. Because they have more channels, they also take up more space in your home.

The channels output sound from all directions (including from the top) to create a reality-like sonic environment. A typical stereo setup may consist of the following components:

In surround sound systems, the audio goes through a mixer to create a 3D sound field. This is an area where you can hear the sound waves from multiple directions.

Surround sound systems are harder to set up because each speaker has a designated place. So, you’ll have to read the instructions carefully. Additionally, installing so many speakers around the room requires ample space and dealing with lots of wires.

Most surround sound systems also come with a subwoofer that carries the bass or low frequencies. You can place the woofer wherever you want, regardless of how the other speakers are positioned.

The average price range of surround sound systems varies according to their components.

It’s a slim, high-end package that’ll add a wow factor to your house without taking up too much space.

One of the best home stereo sound systems available on the market is the Sony CMTSBT100 (available on Amazon.com).

This system is at the lower end of the price range, and the three-box design allows you to create a wider stereo effect by placing the speakers at separate ends of a room.

It also comes with a remote control, and the small size of speakers makes it an excellent option for any room in your house.

Why Surround Sound Is Great for Watching Movies 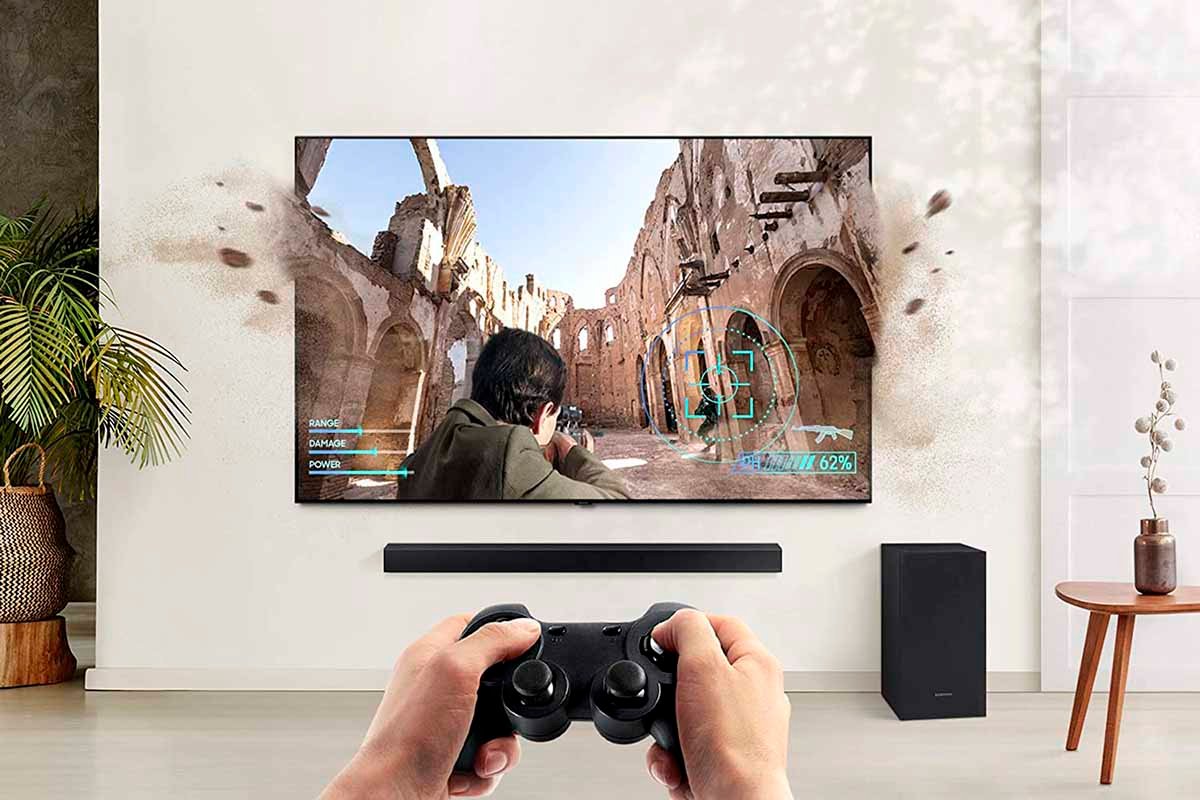 Surround sound systems create a sonic environment that somehow looks like a stage performance in front of you.

You’ll be able to follow the singer’s voice on the imaginary stage as they walk, and you may even be able to recognize where the instruments are.

However, finding the sweet spot where you hear every sound perfectly can be hard, especially if you’re a beginner.

So, you probably have to ask a professional system designer to find it for you.

With all those speakers in different directions, surround sound systems produce a highly immersive sound experience for audiovisual media like movies. Nowadays, most movie soundtracks are recorded with surround sound in mind.

They offer you a perception of depth, which means the volume and intensity of the sounds you hear are so close to reality that it seems like a live event.

For example, If you’ve seen The Italian Job in a theater, you probably remember hearing the sound of a helicopter above your head during one of the chasing scenes.

Surround sound systems can also create a Doppler effect. An example of this effect is when you hear a moving siren. As the siren approaches, the pitch gets louder and louder until it passes you by, and the pitch drops.

A home theater system with surround sound lets you experience that effect in movies.

So, you can probably imagine how thrilling it would be to watch a car chase with surround sound.

However, your movie must be recorded with surround sound to give you all these advantages.

Why Surround Sound Isn’t Ideal for Listening to Music

Although surround sound systems produce a natural and immersive sound, they won’t enhance music quality. That’s because the number of speakers isn’t the only factor that determines sound quality.

The signal must be recorded on as many channels as you have speakers.

So, if your music isn’t recorded to be compatible with surround sound systems, playing it on one won’t give you a quality boost.

The standard music format is stereo. Music is usually recorded and mastered in stereo, so it’s better played over the two-channeled stereo sound systems.
Even if you play music with a surround sound system, it’ll output only through two channels (two speakers).

So, it wouldn’t make a difference and even may lead to sound distortion.

Some newer music recordings can be played over different sound systems, including the surround sound, but they’re still not very common.

Here’s a Youtube video that shows why listening to music with a surround sound system isn’t a good idea:

The Best Option for Listening to Music

As mentioned above, stereo sound systems are way better than surround sound systems for listening to music because music is predominantly recorded in stereo.

However, if you want to throw a party, a surround sound system can be a better option.

This is because at a party, you most likely want to play music all around the house, and placing several speakers on each corner can make it happen.

This way, your guests will have a much better time.

Surround sound is great for audiovisual media such as movies and games. The depth and dynamic of the sound create a sound field leading to the illusion of being in the scene.

But without pictures, these sounds are too abstract to relate to and may even distort.

You can even complement their sound with a decent subwoofer and give them more volume by an amplifier. 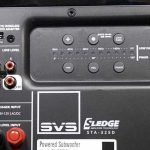 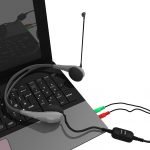 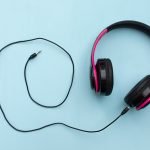 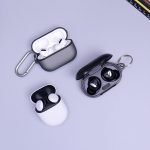 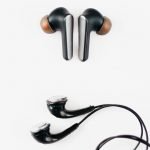